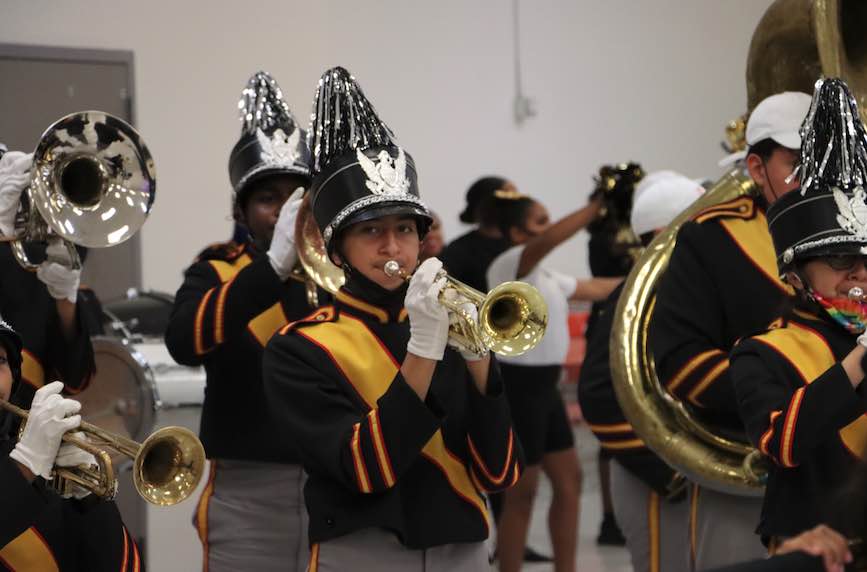 We are excited to announce the Universal Academy band will perform at the SMU Mustangs Basketball Game on Sunday, February 20, 2022 at 2pm, via ESPN Live.

During Sunday’s game, the UA band will perform several SMU songs, as well as music from their catalog. The Universal Academy Cheer Team will also perform cheers during the band’s performance.

In addition to Sunday’s festivities, SMU hosts an annual Black Excellence Ball that celebrates the African American community of SMU in honor of Black History Month with food, fellowship, music, and entertainment.

The Universal Academy Mighty Marching Eagles ( Band and Cheerleaders) are performing during the SMU/ University of Memphis Basketball game this Sunday, February 20, 2022, Live on ESPN. Game coverage begins at 2:00 p.m. on the campus of SMU in Dallas, off Interstate 75 at the Moody Arena. We have special discounted ticket pricing for our Students, Parents, Staff, and Supporters.

Please click the link below to purchase tickets. https://fevo.me/universalacademy